Chainsaw mill is up and running!

I got a heads up that Arik was running the Alaskan chainsaw mill today so I ran back to take some photos. He and Joel were busy slabbing up the Big Oak and a black oak. 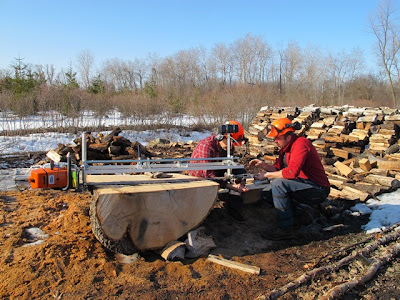 I had never seen a chainsaw mill in action before, so it was very interesting and educational to watch! While Arik has used the saw solo, it's definitely helpful to have an extra pair of hands on deck. 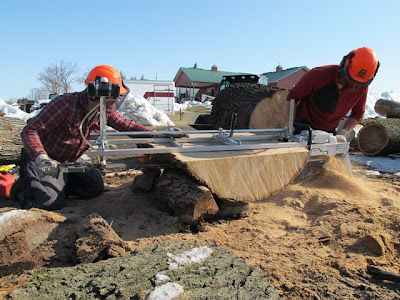 After taking a few slabs off the Big Oak, they turned their attention to a black oak that was also cut back in December. The black oak is equally large and impressive as the Big Oak, as evidenced by Joel standing next to it in the shot below: 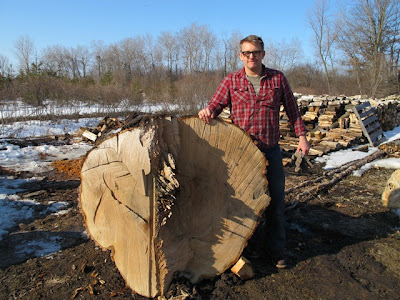 (Sidnote, I think he looks like a younger version of Carl from Up... anyone else agree?!)

Arik developed a contraption to use for taking the first slab off a piece of wood. I'll let him tell you all the details of the hows and whys, but I can say they were very happy with how the leveler worked! 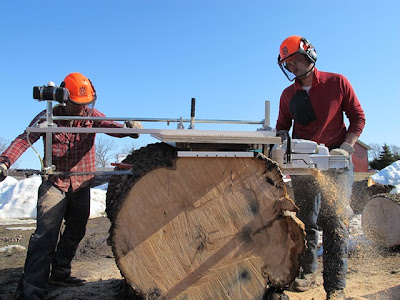 The result was a very clean, straight cut! 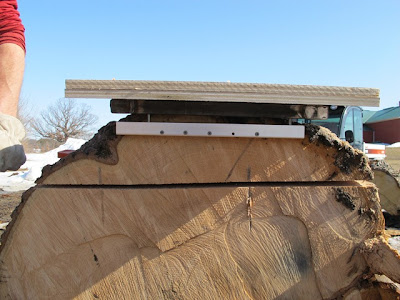 The black oak had a really nice, beautiful grain to it; the slabs will be used in furniture pieces which we'll be sure to tell you about as they're developed! 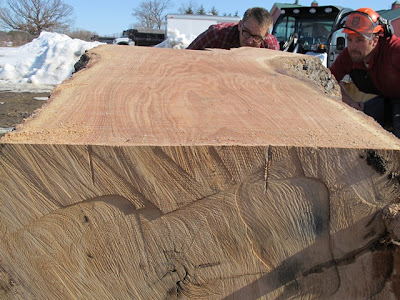 I also took a few videos of the guys slabbing and got some commentary from Arik. I'm working on piecing it together and as it is our very first attempt at videography... well, we'll see how this turns out! :)